River regulation and the presence of instream barriers are known to impact natural river processes and the movements of fish. This can often facilitate environmental conditions that benefits some of the most invasive species on the planet i.e. common carp and interrupts the natural migratory and breeding cycles of native fish.

The Murray-Darling Basin (MDB), in eastern Australia, has over 3,600 instream barriers which generally consist of dams, weirs, and regulators. Recognising the impacts of these barriers on native fish, the Murray-Darling Basin Authority (MDBA) instigated a fishway construction program (termed the Sea to Hume program) in 2001, designed to mitigate the impacts of major instream barriers on fish movement. This ambitious program has now re-established longitudinal connectivity to 2,235 km of the Murray River, catering for the migration of native fish species within the MDB.

Similarly, Catchment Management Authorities, water authorities and councils are now working towards a similar goal, to re-establish longitudinal and lateral connectivity at instream barriers within their respective jurisdictions. The North East CMA specifically, is aiming to improve fish passage at a number of instream barriers by constructing fishways and fish friendly structures that facilitate passage along the Ovens and Mitta Mitta Rivers. Both riverine systems are known for their recreational fish species, such as brown trout, Murray cod and golden perch, and all require unhindered movement to complete various aspects of their life-cycles. These riverine systems also harbour threatened species such as trout cod and Macquarie perch, while blackfish and various galaxias species are also present.

The Tea Gardens Creek Weir on the Ovens River delivers irrigation, stock and domestic water to entitlement holders on the Tea Garden Creek system. The weir is owned and operated by Goulburn Murray Water and was updated in 2016 to extend the weirs operating life and support their water supply objectives. While the update in 2016 met distribution needs it remained a barrier to fish movement.

It was identified that a fishway was required to improve fish connectivity end ecological function. The new fishway design was required to meet the following core criteria:

Water Technology has designed fishways in three locations on the Ovens River (Tea Garden Weir, Frosts Crossing and McQuades Bend crossing) and one on the Snowy Creek at Mitta Mitta. The development of the designs required Water Technology to work in multidisciplinary teams and consult with the local communities to ensure that their needs are also met with the design of the fishway.

Working on these projects Water Technology has utilised the following skillsets: 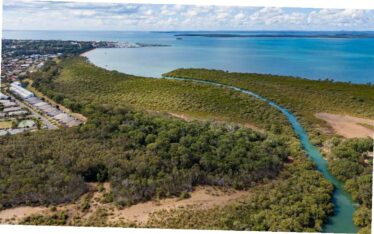 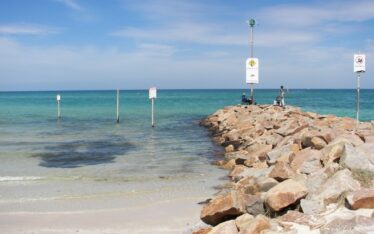 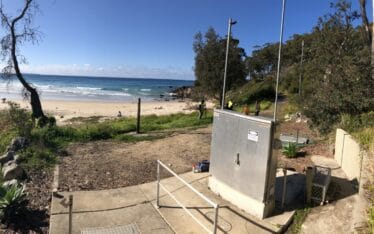